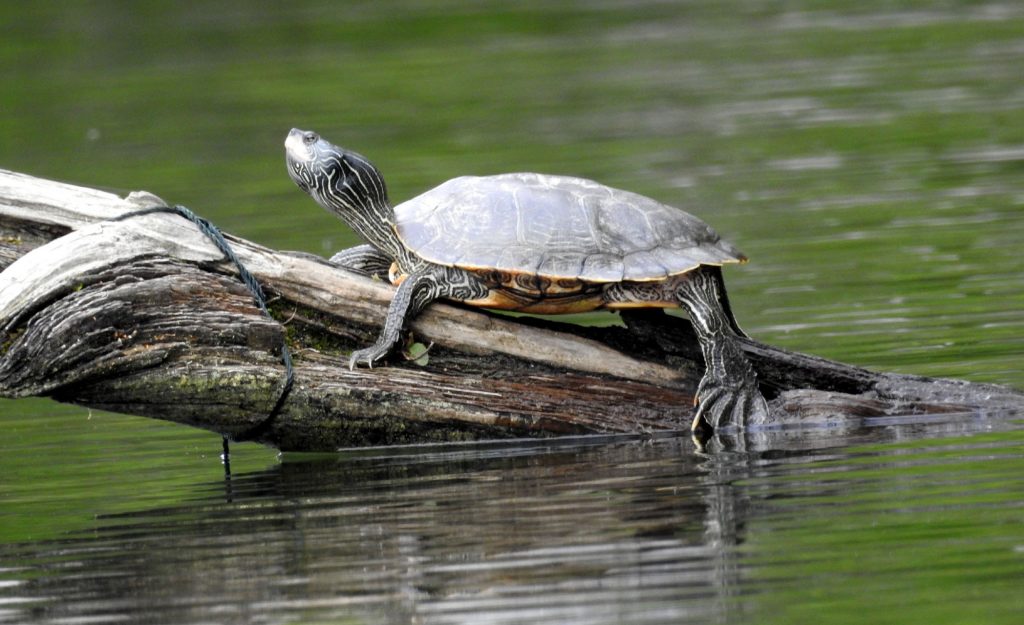 There are currently fourteen recognized species and two valid subspecies of map turtles.  Graptemys (map turtles) are the most diverse Genus of turtles in the United States. They are primarily a riverine species that can exist sympatrically (with other Graptemys species) or allopatrically (as the sole Graptemys species) in a river drainage or drainages. Some species are endemic to a single river system or a few river systems, others are wide ranging species existing in many river systems. Most sympatric populations of map turtles consist of each species (females only) having different head types (megacephaly-wide, mesocephaly-medium, microcephaly- narrow) to alleviate competition of food resources.