States where they occur – Texas

Habitat type – riffles and pools of rivers consisting of gravel and silt with gravel bars.

Head Group – Mesocephalic, however females have the ability to show megacephaly if their primary diet is highly molluscivorous. 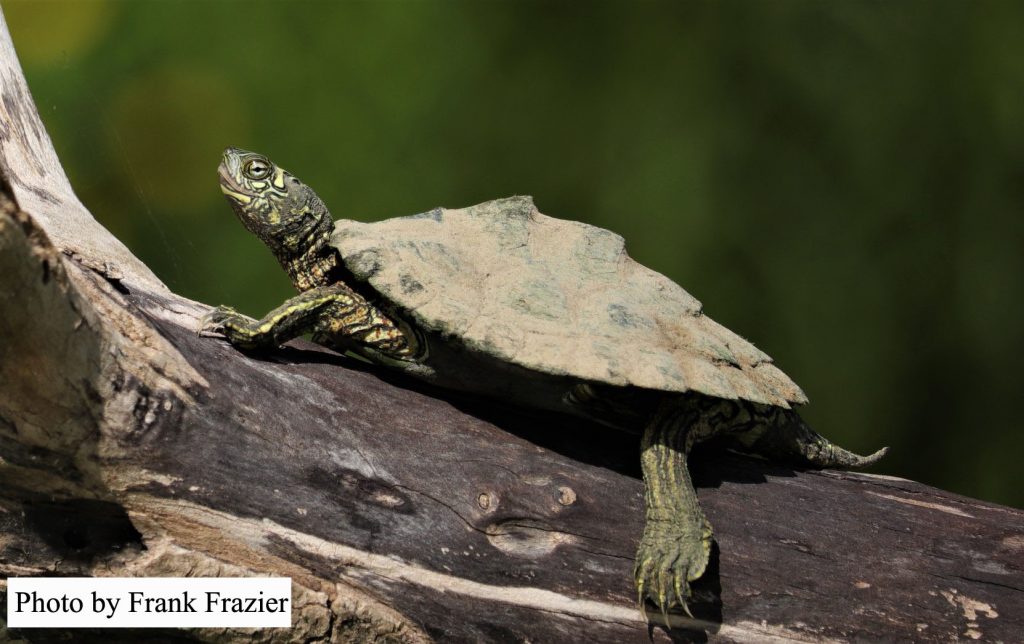 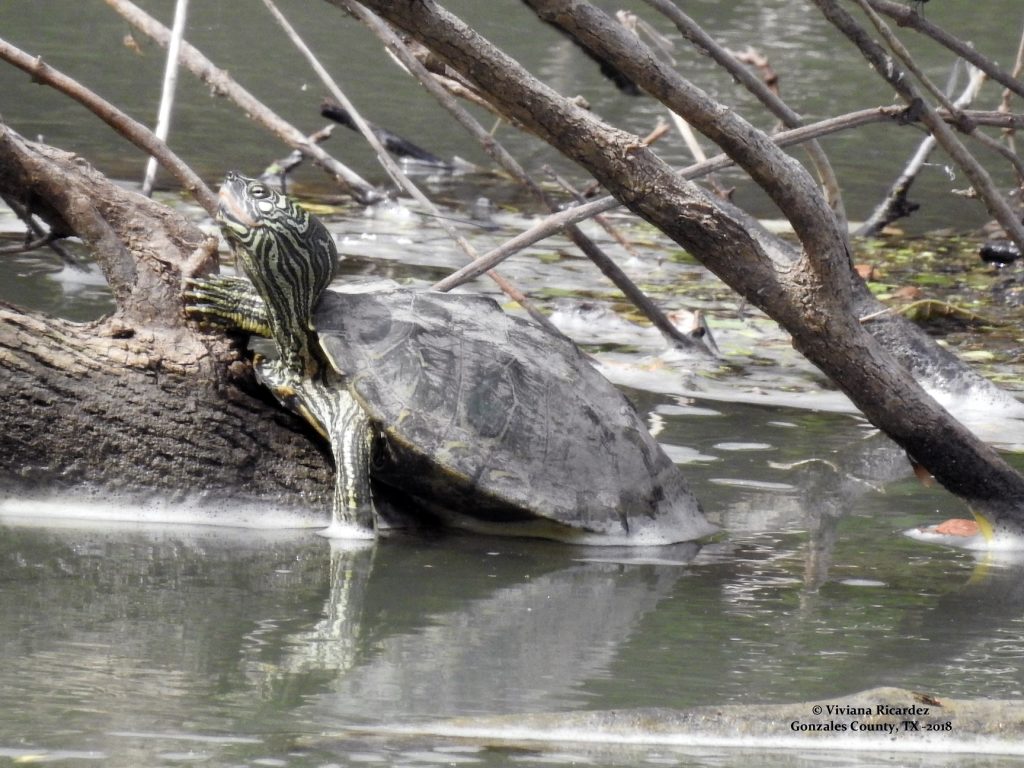 Description – The most obvious morphological characteristic of G. caglei is the lime-green coloration of the carapace in juveniles. As they reach maturity the bright lime-green color which is similar to that of hatchling T. s. elegans (red-eared sliders) fades some, especially in females, to a grayish-green. However, some adult males retain a lot of that intense green color. They are the only map turtle species that are truly “green” at some point in their life instead of a mixture of green and gray or brown (olive). 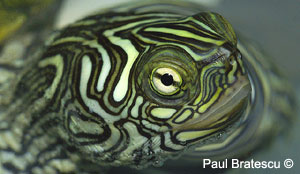 The head pattern of G. caglei when observed from the dorsal view (the top) looks like a yellow or white “V” posterior to the eyes. This “V” is actually the combination of both narrowed postorbital blotches that touch to form the base of the “V”. Like G. p. kohnii (Mississippi map turtle) most examples form a crescent around the eye, however in some specimens, the narrow postorbital blotches terminate before making a crescent such as in G. p. pseudogeographica (false map turtle) that resemble upside down hockey sticks. Posterior to the “V” are two similar figures that appear to “ghost” or loosely copy the pattern of the main narrowed blotches. These secondary patterns are usually not as wide as the ones that form the “V” and do not connect. G. caglei does have a medial stripe from the tip of the snout to the middle of the “V”  between the eyes. 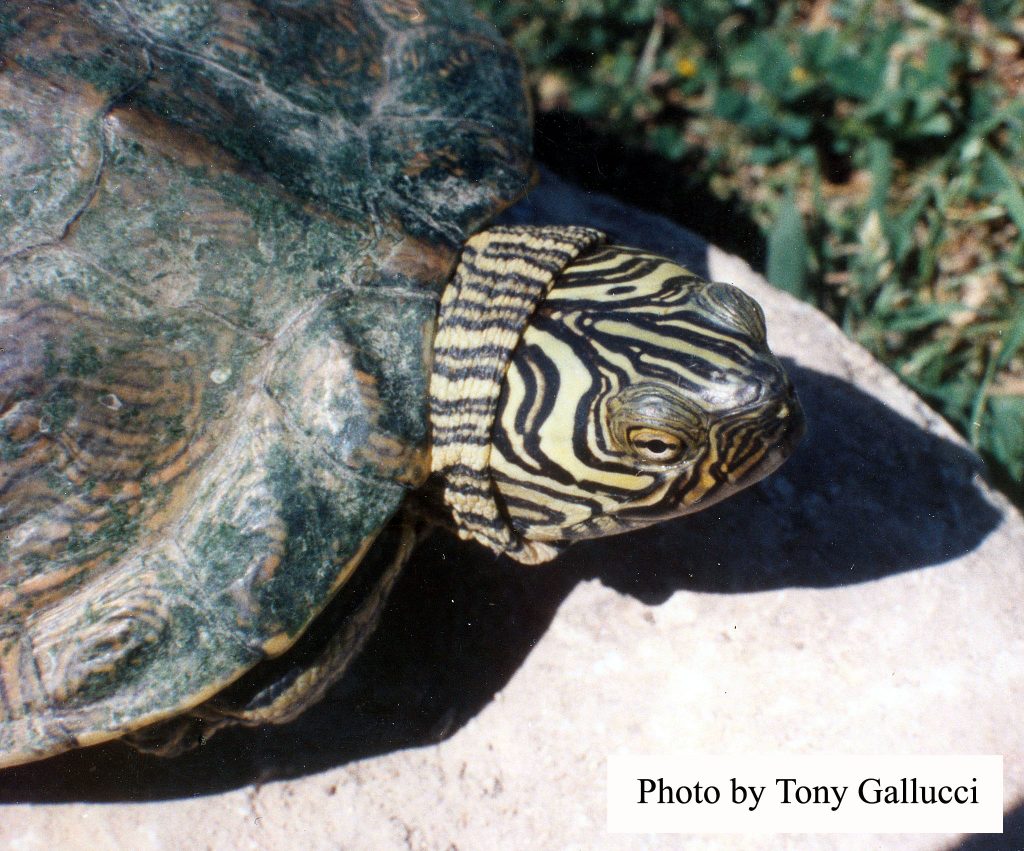 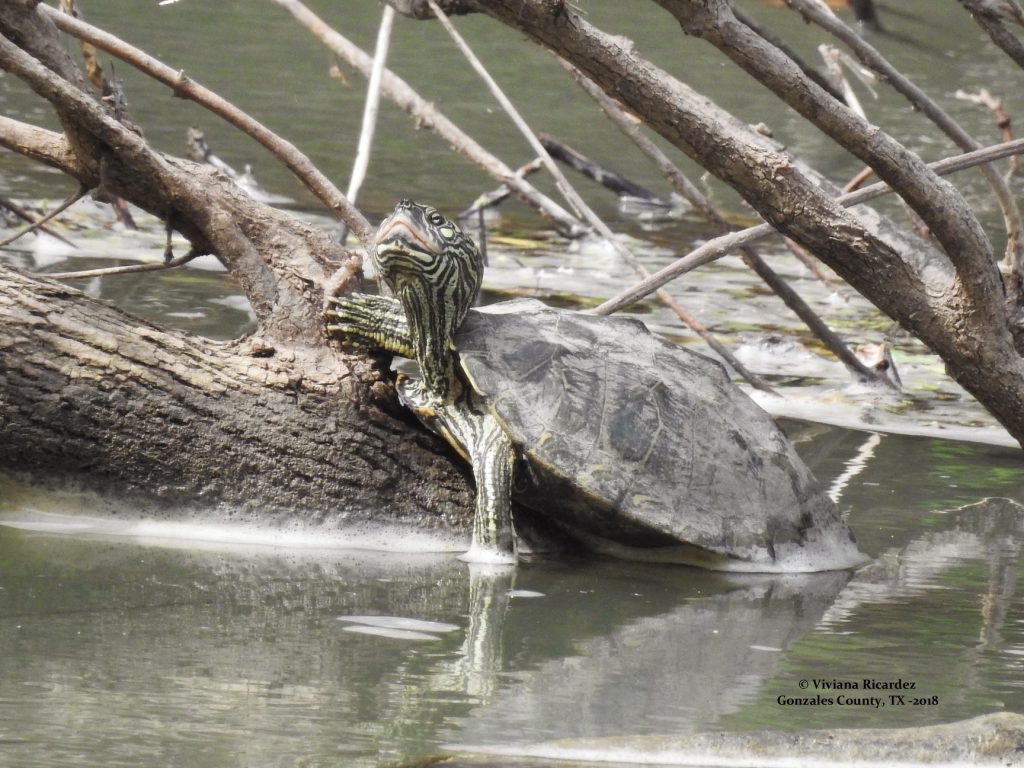 The eyes are white with a bar through the pupil.

The carapace shape is basically flat (not highly-domed) and elliptical with well defined vertebral keels. The rear marginal scutes are also sharp and rigid.  The carapace color is typically green but can be gray or brownish (especially in large females). The patterning on the carapace is very intricate and is mostly yellow/orange in color that are circular patterns within circular patterns.

The plastron is typically yellowish with a black outlined mid-line seam and outlined edges of the connections of the plastral scutes . They have a variable but usually minimal plastral pattern that typically extends from the mid-line seam in bell-curve shapes. 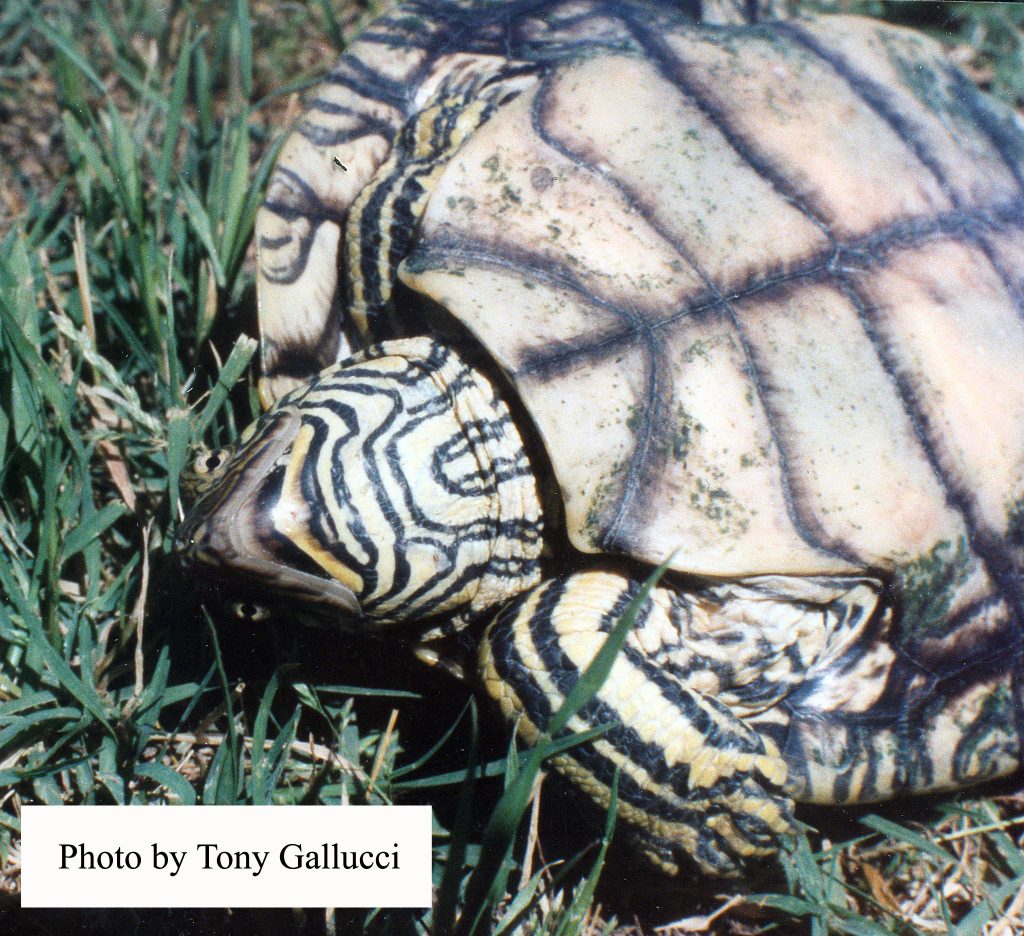 Diet – G. caglei eat both plant and animal material, with the latter being the dominant. Males have been shown to eat a lot caddisfly larvae, as well as plant material such as algae, bark and grass that they likely ingest while hunting caddisfly larvae. Adult females were found to eat the same items, as well as snails and molluscs (Killebrew 1991), however the percentages of each item differs by sex.  Females eat primarily molluscs and males eat primarily insects. Hatchlings and juveniles are mostly carnivorous and are eating mostly insects and small gastropods. 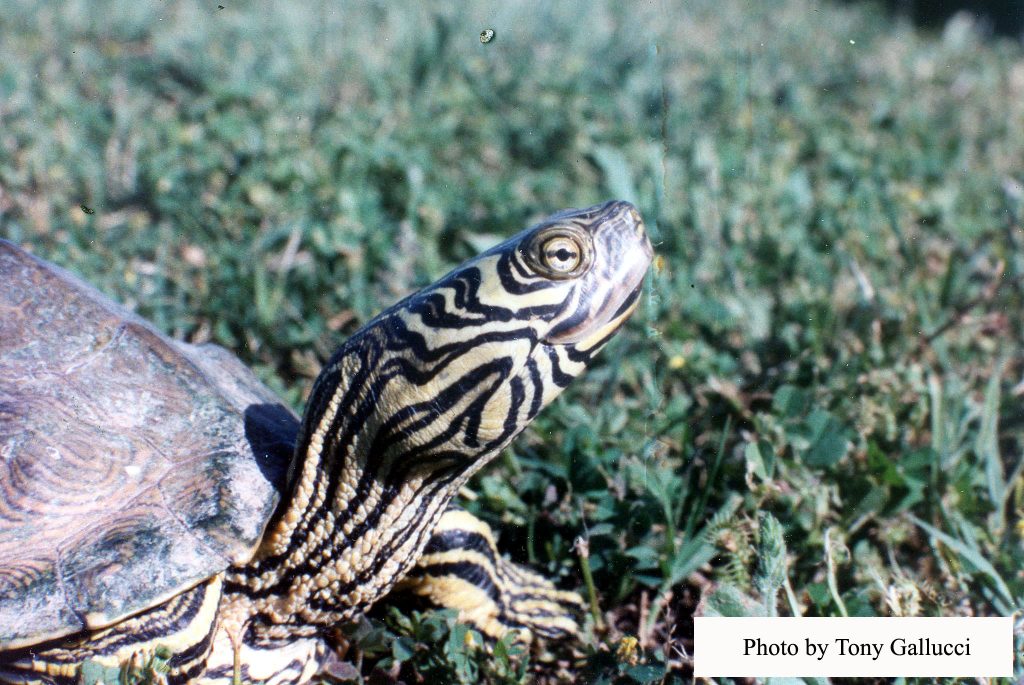 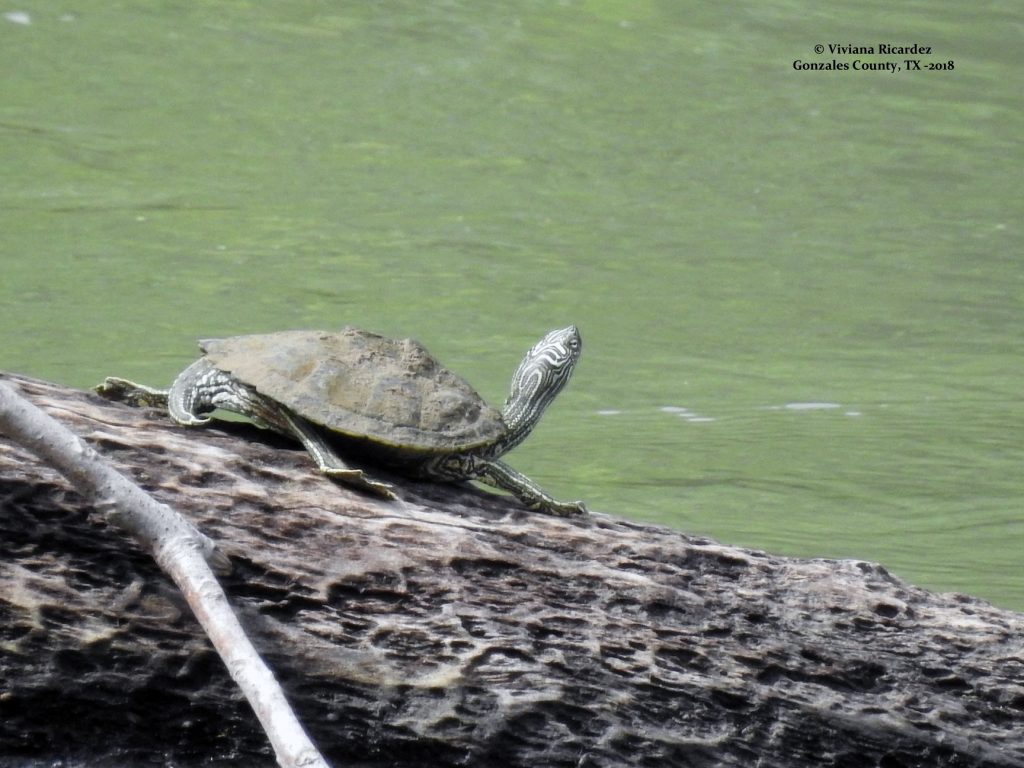 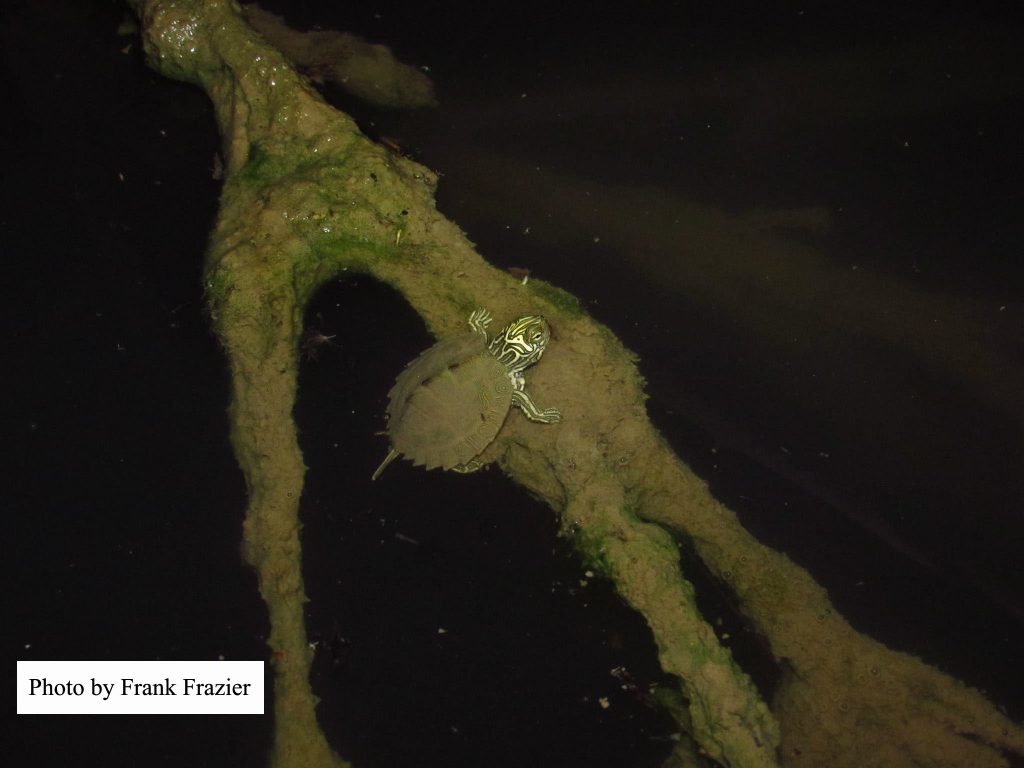 Conservation issues – The main reason for their decline is habitat loss due to the silting of the river from erosion from agriculture and development. Although G. caglei lives in slow to moderately fast limestone and/or mud-bottomed streams and rivers, they prey they feed upon depend on water with relatively low amounts of substrate (silt) in it. When sections of the river become too silty, the prey dies and G. caglei can no longer occupy that section of the  river. Man-made impoundments (dams and reservoirs) also slow or stop the river current and make it difficult for molluscs (G. caglei food) to prosper. However, impoundments (dams) do not seem to restrict gene flow in this species, as does isolation due to distance (Ward et al. 2013).

Shooting or “turtle plinking” is the act of shooting basking turtles off logs, rocks, etc. for fun or target practice. This is a somewhat popular and illegal activity in certain areas and is known to occur in Texas with this species. Collecting for the national and international pet market was likely a very common occurrence, however the increased captive-breeding of this species by commercial or non-commercial turtle breeders in modern times has undoubtedly lessened the demand for poached wild-caught specimens.

G. caglei was a candidate species for federal listing until 2006. It was taken off that list when Texas Parks and Wildlife Department (TPWD) added more legislation to prevent shooting and collection. If any species of Graptemys is in need of more protection and habitat restoration it is G. caglei. 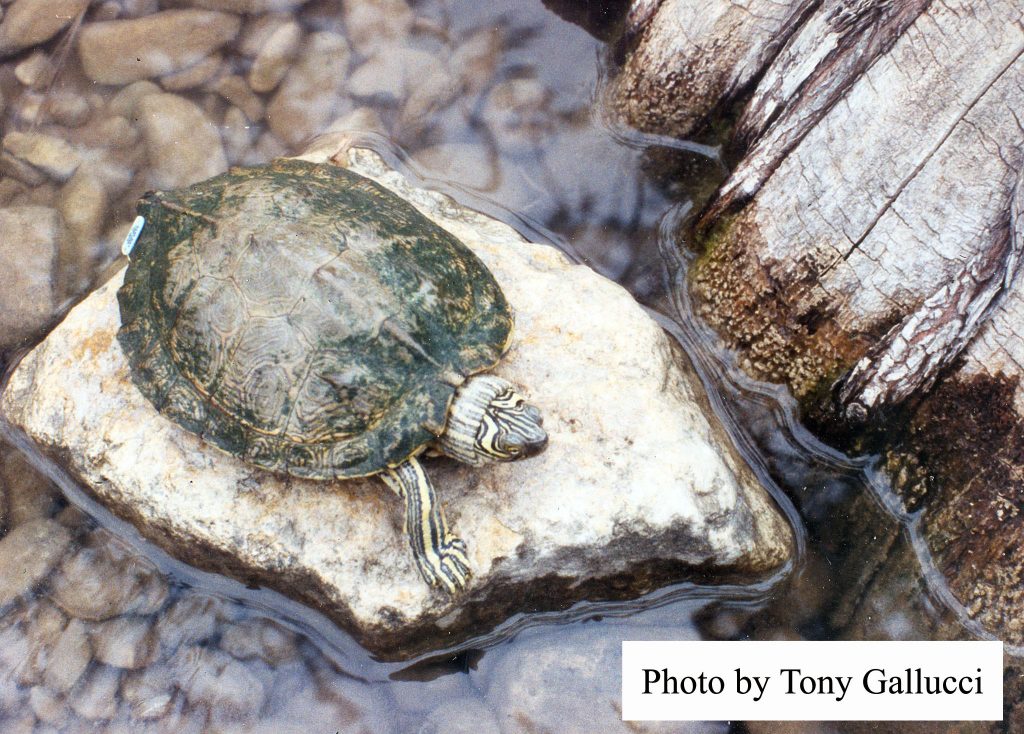 Notes – It is worth mentioning that the high pivotal temperature of this species could have conservation implications if there were alterations to the river, nesting beaches, or even global warming (Wibbels et al. 1991). Rising temps due to climate change could cause more eggs to hatch as female, therefore reducing the amount of males in the population. Also, dredging of the river to remove silt could also affect incubating eggs if it the spoil was left on the banks where they nest (Jackson et al. 2006). The decomposition of dredged aquatic vegetation on the banks would create heat therefore raising the temperature of the eggs in a clutch.

The fact that G. caglei is considered by many Graptemys researchers to be the most imperiled or “most in trouble” species of the genus is interesting since it is not a federally listed species. G. flavimaculata (1991) and G. oculifera (1986) are both listed as threatened by the USFWS and appear to be in far less trouble than G. caglei especially with the addition of several county records and decent numbers during basking surveys and trapping in Mississippi. This is not the case with G. caglei as they appear to be extirpated from the San Antonio River and there are now gaps in their range in the Guadalupe River due to river degradation due to siltation from agriculture.

Unscrupulous collection for the pet trade by commercial collectors, at least up until about a decade ago likely had a negative impact on G. caglei populations in certain sections of river especially when compounded with environmental issues with the Guadalupe River System. However, continued and growing success in captive breeding of this species by the turtle breeders/hobbyists in the U.S. in recent years has severely lowered the demand and therefore commercial value in G. caglei.  At least five captive-breeders  based out of Florida and California have had consistent success breeding and offering captive-bred hatchling G. caglei in the private sector. Although the addition of these captive-bred individuals does not directly help wild populations of G. caglei by being released back into the wild, they indirectly help conservation efforts by lowering the demand and commercial value for this endemic turtle. The consistent availability of legally acquired captive-bred turtles makes commercial collecting (both legal and illegal) less profitable and less worth the risk and trouble.

The idea of assurance colonies has become a very popular topic and movement in recent years, especially by U.S. turtle advocate groups such as the TSA (Turtle Survival Alliance), The Turtle Conservancy, Turtle & Tortoise Preservation Group (TTPG) and the Turtle Room.  G. caglei is well represented in private U. S. collections at this time if the need for reintroduction was needed in the future. 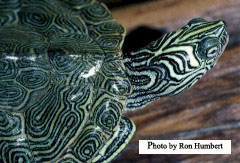 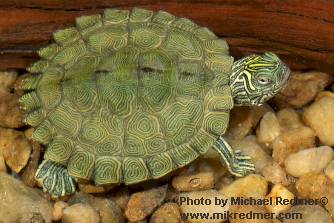 Killebrew, F. C. 1991b. Habitat characteristics and feeding ecology of Graptemys caglei within the proposed Cuero and Lindenau Reservoir sites. Unpublished report prepared for Texas Parks and Wildlife Department under interagency contract with the Texas Water Development Board, 15 p.